Who Is BKS Iyengar?

Who Is BKS Iyengar?

BKS Iyengar was often called ‘A Philosopher, Scientist and an Artist’. “When I practice I am a philosopher, when I teach I am a scientist, when I demonstrate I am an artist.” Mr. Iyengar died in 2014 at the age of 96. He was a married man and left behind 6 grown children, many grandchildren and great grandchildren, in Pune, India. He spent most of his life from the age of 16 up until his death exploring “How to Make Yoga Accessible to Everybody.” In 2002 Time Magazine awarded Mr. Iyengar with the title of “The Most Influential Living Yoga Master in the World Today.”

He wrote many books, including Light on Yoga, Light on Pranayama, Light on the Yoga Sutras and Light on Life. Light on Yoga is often called, “The Bible of Yoga” and is the most published and translated book on yoga.

Mr. Iyengar, or Guruji, as we call him with fond memories, was also known as “The Man who helped bring Yoga to the West”. His mission was to demystify yoga and help bring it into the mainstream western world in an accessible and “down-to-earth” way of practice.

Guruji is the main creator and innovator of bringing the focus of “alignment”, “props” and “restoratives” into the practice of yoga. All schools and methods of yoga in the world today, who use blocks, blankets, belts, bolsters and chairs in their classes, can thank Mr. Iyengar for his ingenious inventions.

Guruji’s main focus in his teachings was in essence to help us become more “Mindful and Aware” in each yoga pose, from the skin to the core; to help us connect with the Infinite Soul inside, Our Inner Guide, with Courage, Confidence and Grace.

At Yoga Northwest we are honored to be in a direct lineage with Mr. Iyengar’s teachings. Our director Ingela Abbott has 9 times studied personally with him and his children at the Iyengar Yoga Institute in Pune, India since 1976. Some of our instructors have also been to India recently to study with Mr. Iyengar’s Son and Daughter, straight from the source.

During the last 40 years, we have hosted over 100 workshops at Yoga Northwest with some of the most Senior Iyengar Yoga teachers in the world, who have brought fresh, new insights from India to enlighten our studies, practice and teachings of yoga. This continual education and exploration is another hallmark of Iyengar Yoga, which is also ever changing and evolving with all the changes of time.

It is our genuine honor now to continue to share Guruji’s teachings, The Light on Yoga”; to help enlighten our community with all the wonderful Gifts Of Yoga! 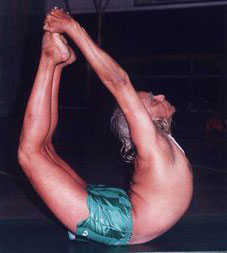 “Yoga is a light which, once lit, will never dim; the better you practice, the brighter the flame.”
-BKS Iyengar 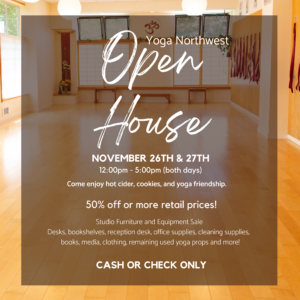